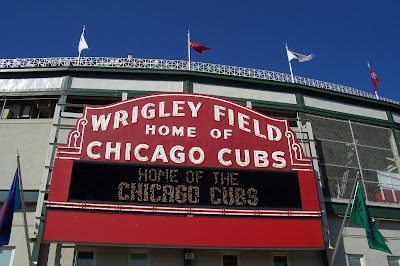 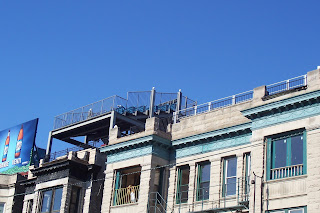 Go Cubs go...What can I say about Wrigley Field? Being in this ballpark actually brought a grown man to tears. I got really choked up in disbelief that I was actually in Wrigley Field. I am not ashamed of telling my readers that I got teary eyed. This is the 2nd oldest ballpark in the majors and I was actually there staring at the ivy covered outfield walls that I had only seen on WGN throughout my lifetime. Wow, what an experience. 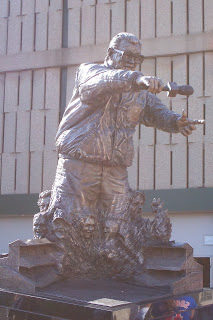 Right before we walked into the ballpark, there was a statue of the late great broadcaster Harry Caray. There was a barber shop quartet singing and you could smell the Italian sausage and peppers being grilled up. Wrigleyville is the surrounding area and it is like a party atmosphere everywhere inside the stadium and outside. not to mention the cool rooftop bleachers on the houses across Addison Avenue. 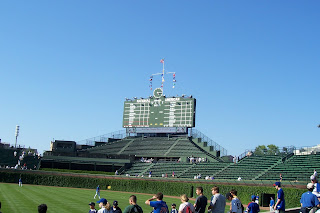 The original wooden seats were really neat to see and pretty comfortable to sit in. The food was good. The stadium staff were very friendly, the ballpark had a nice family atmosphere. In addition, there were a lot of college aged kids just chillin' and looking to hook up with potential dates. This is history. If you've never been...GO! 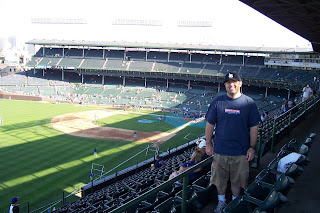